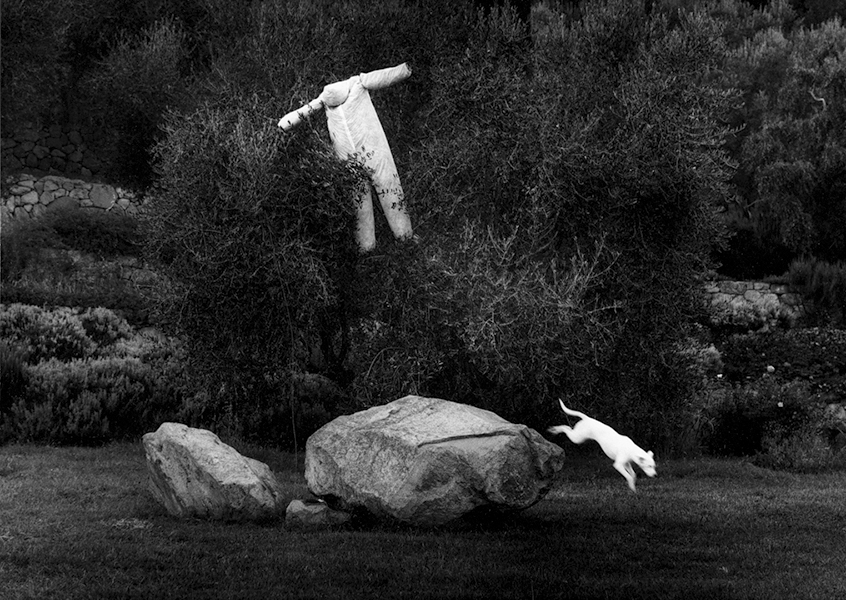 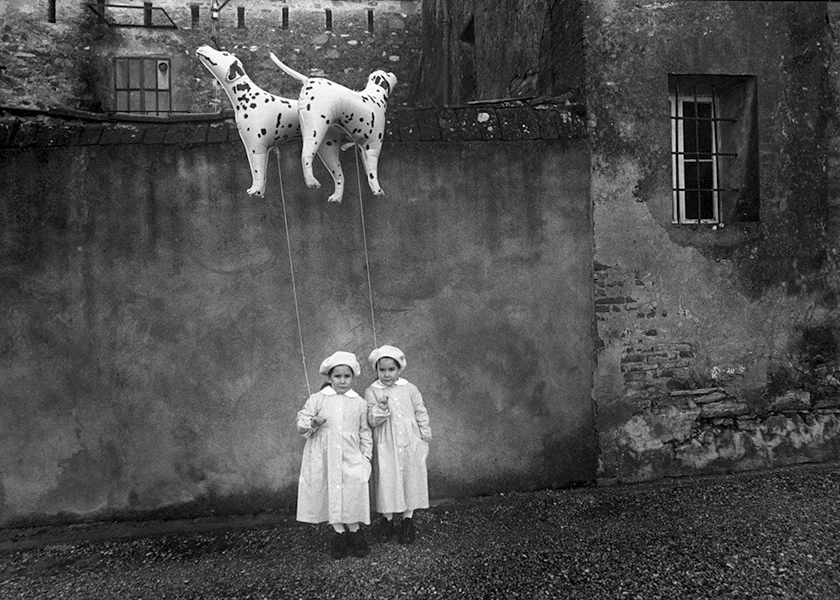 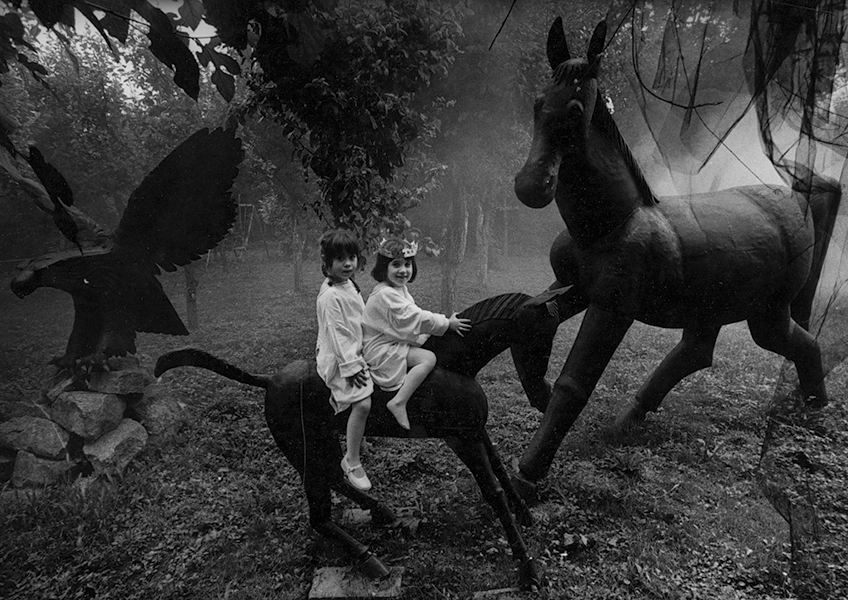 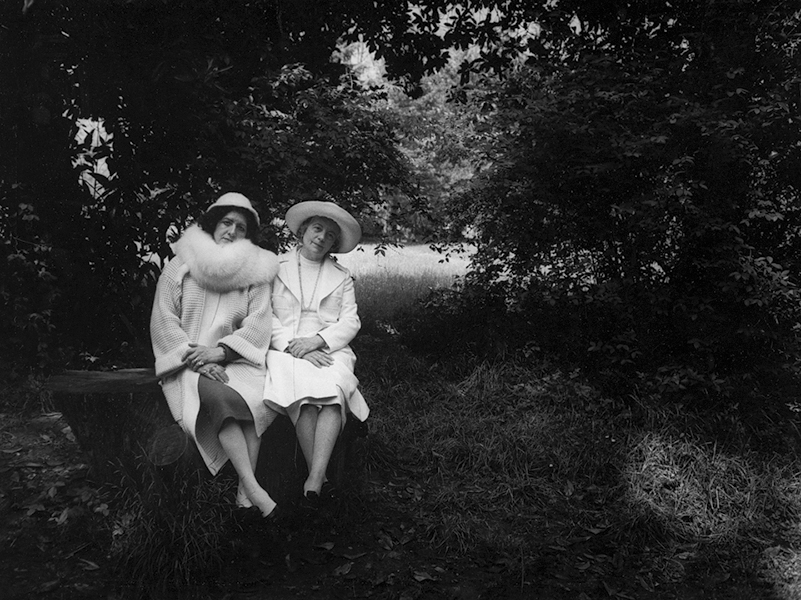 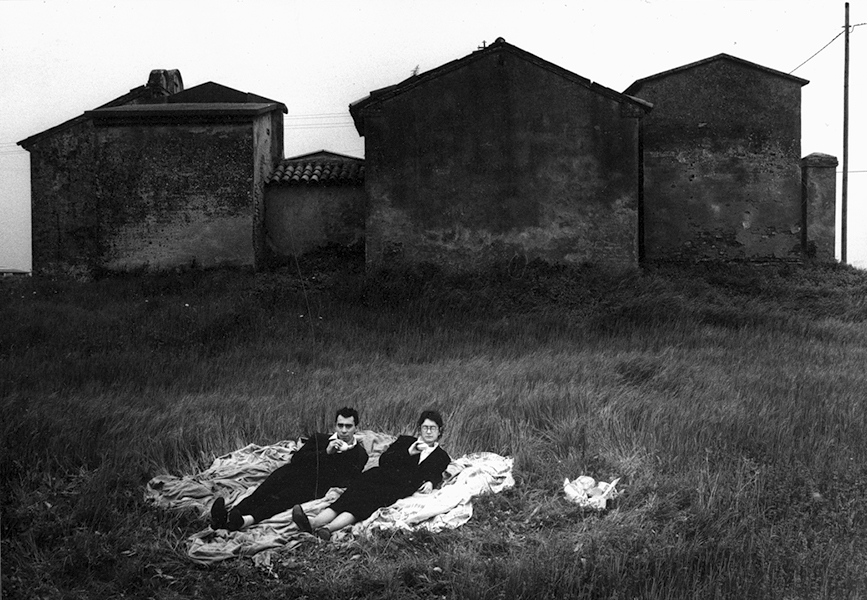 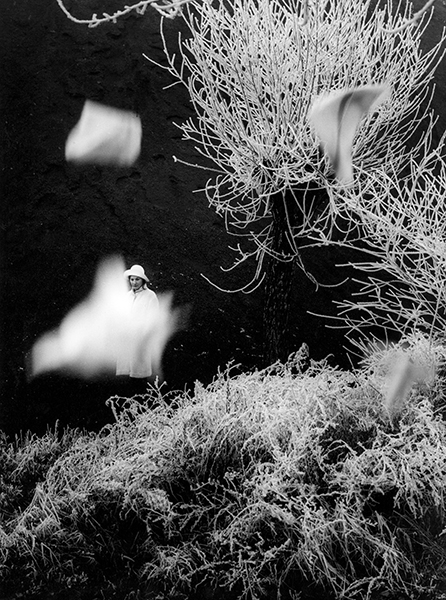 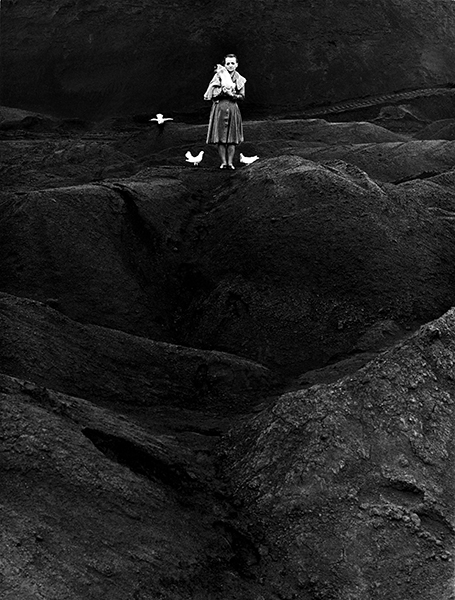 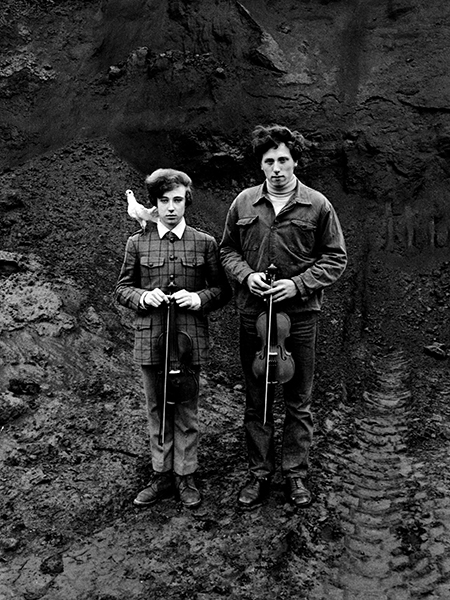 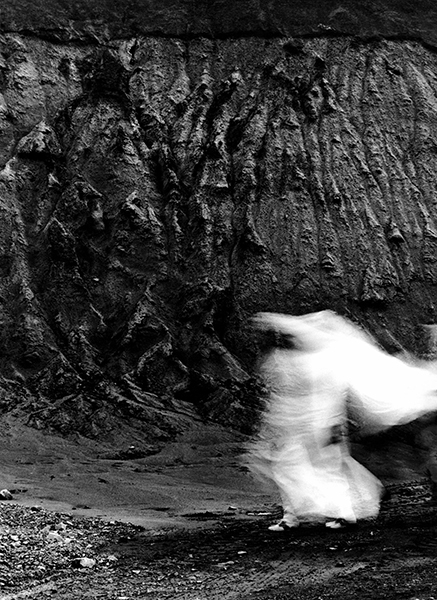 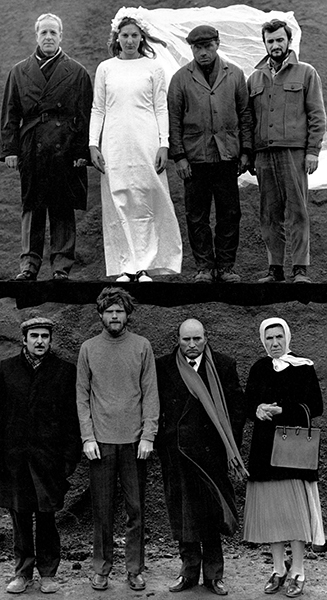 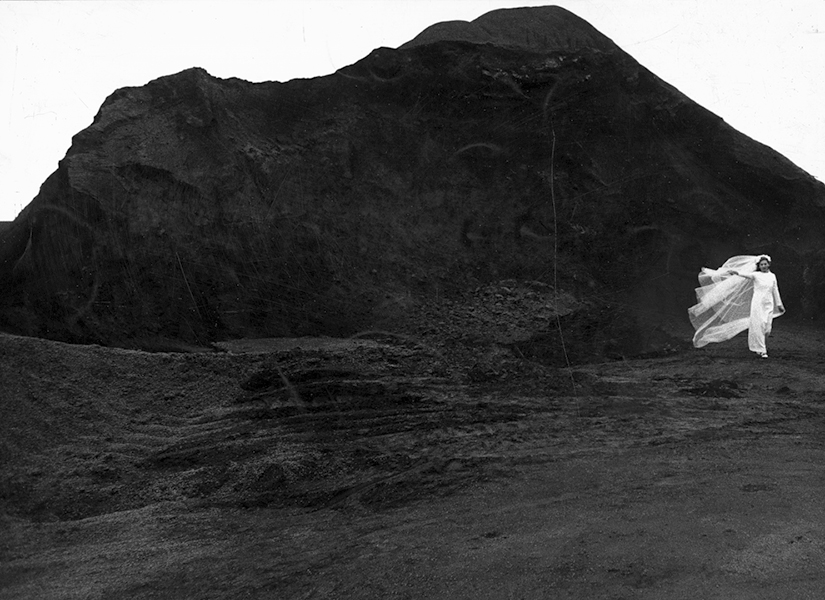 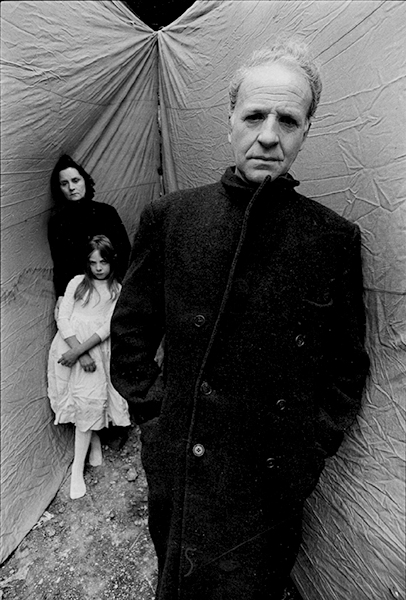 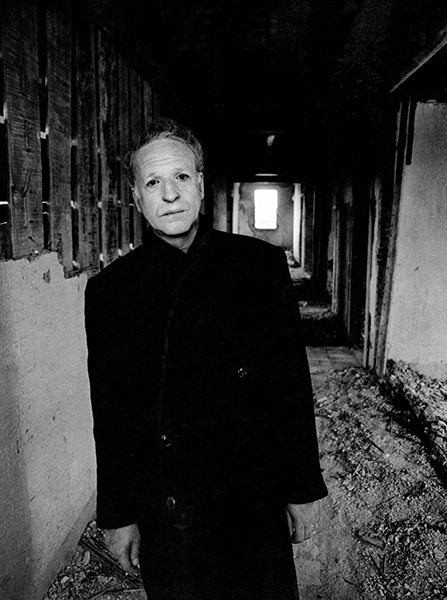 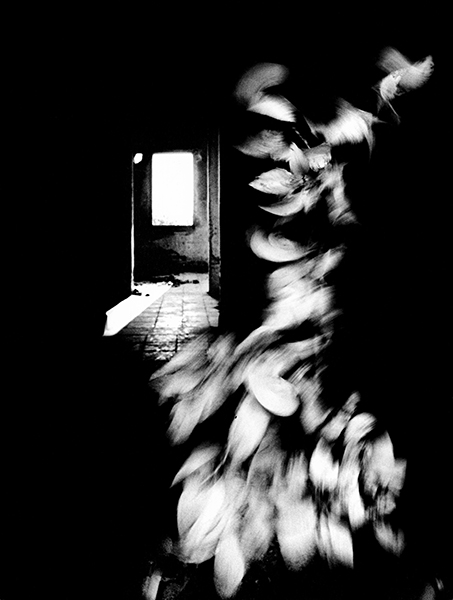 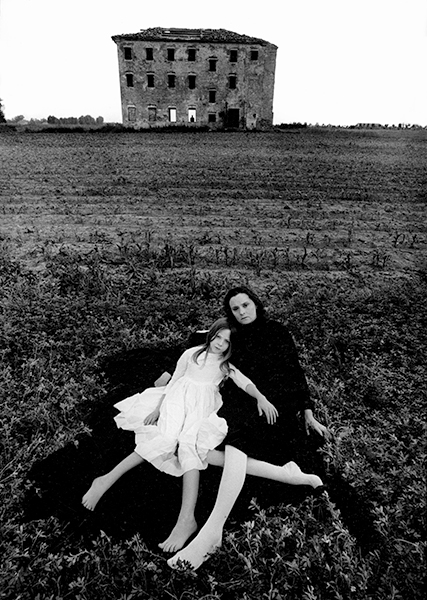 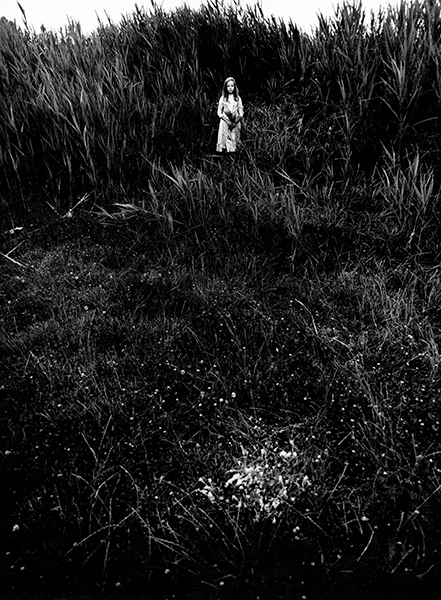 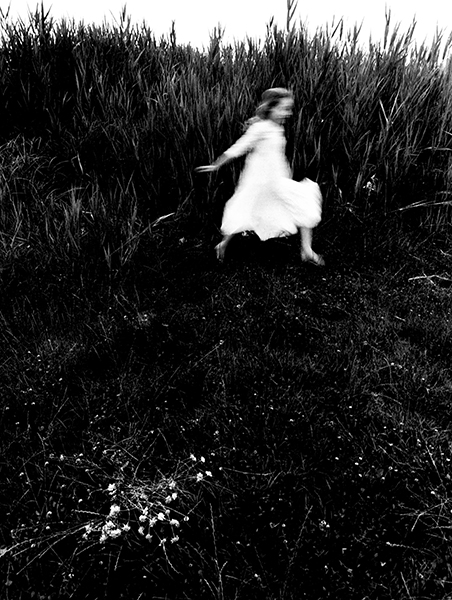 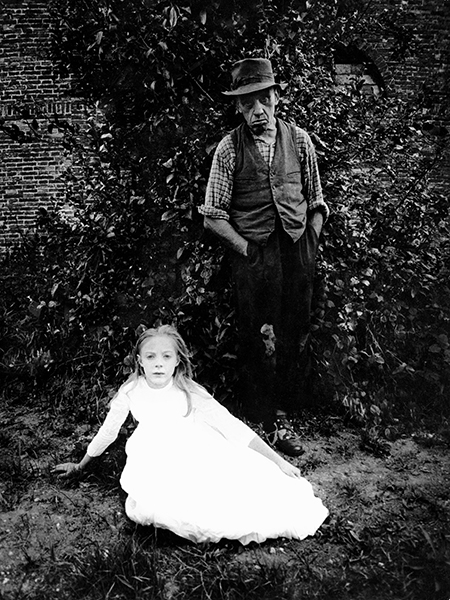 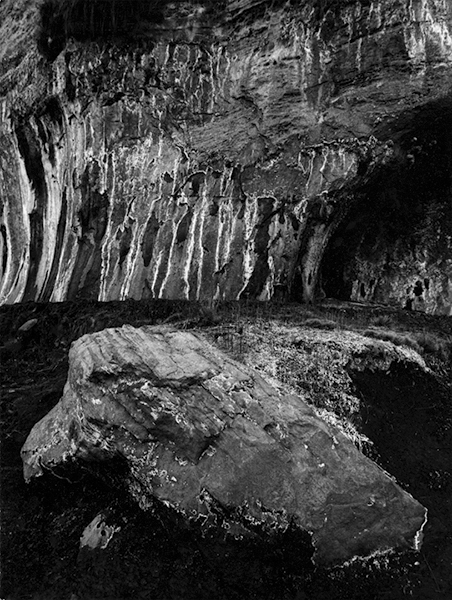 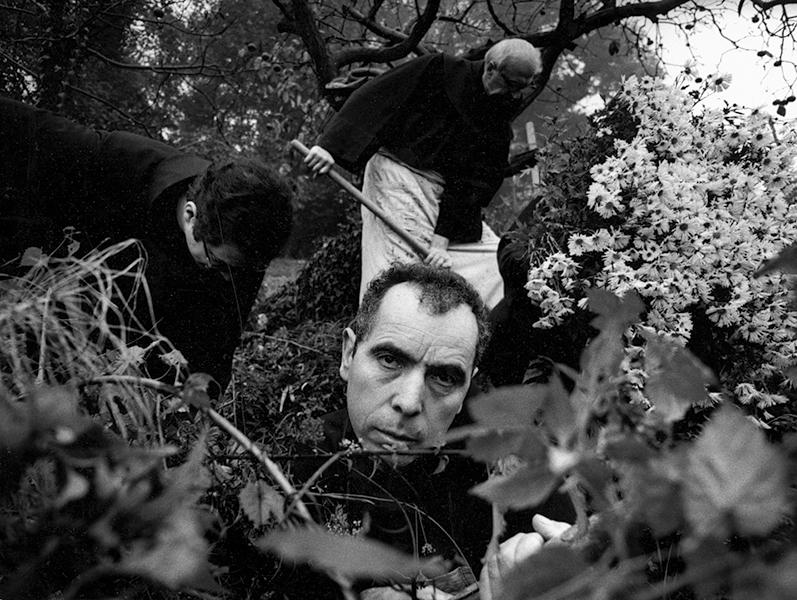 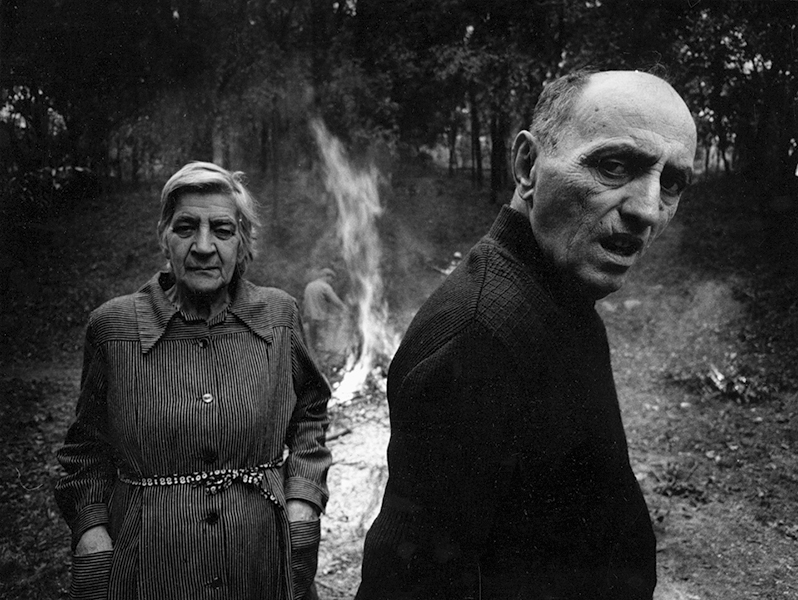 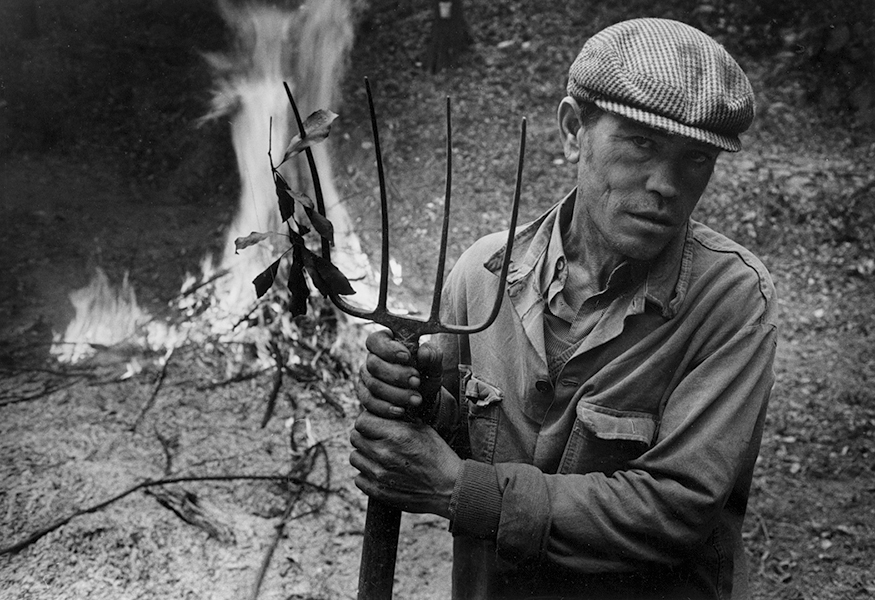 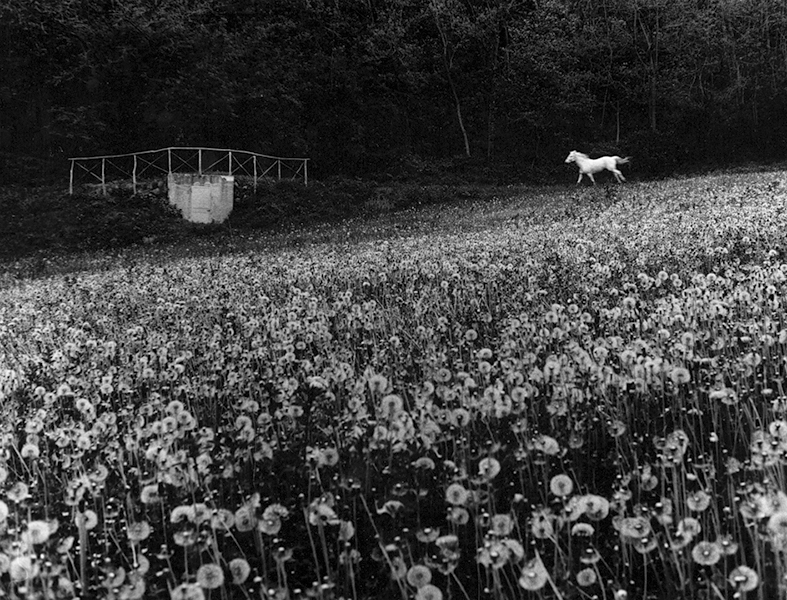 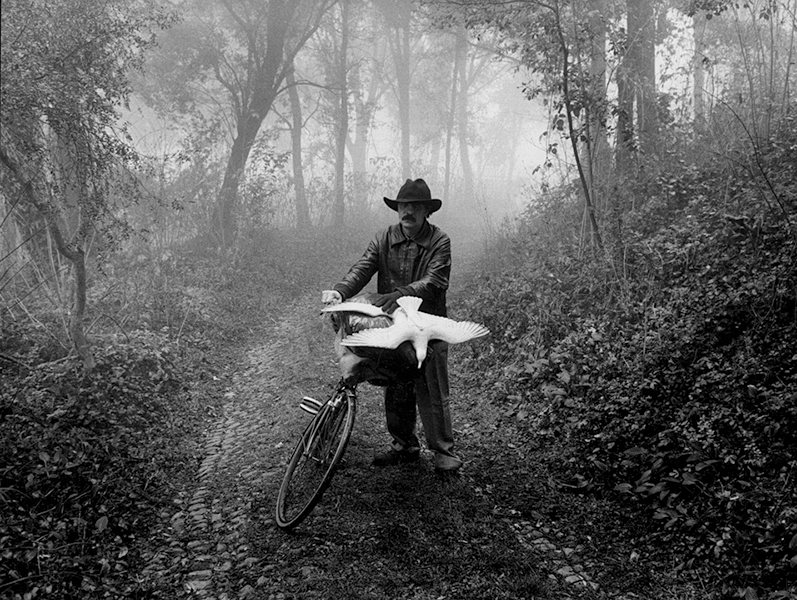 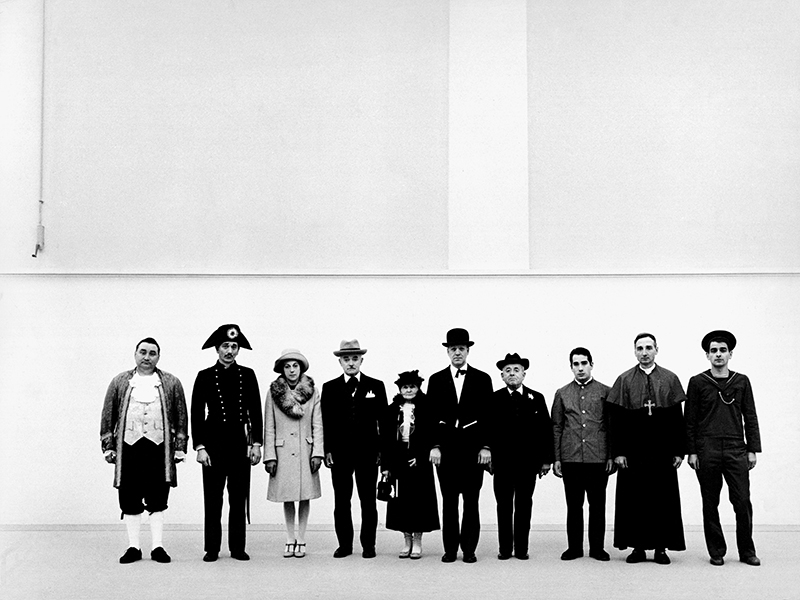 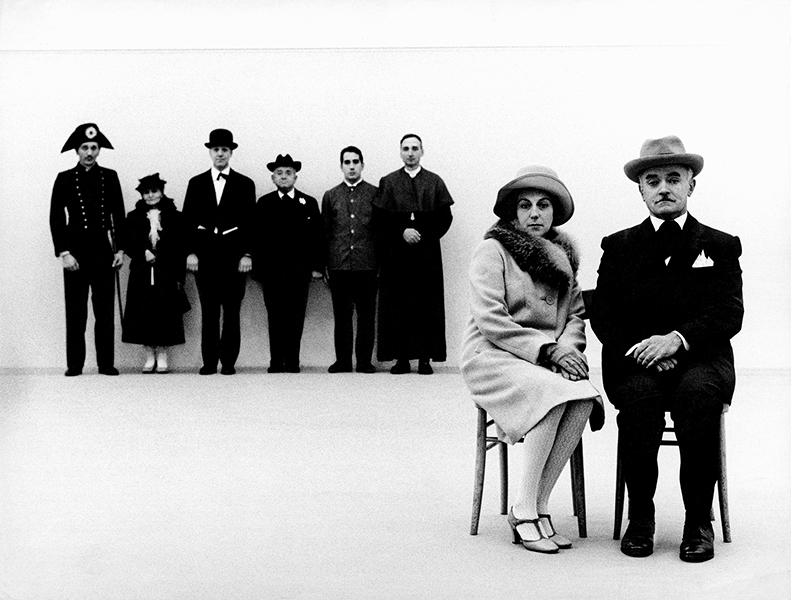 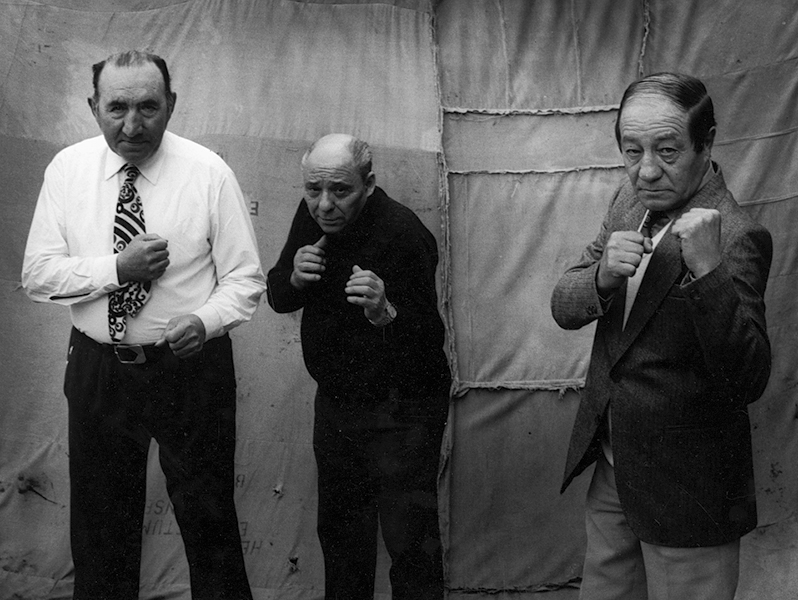 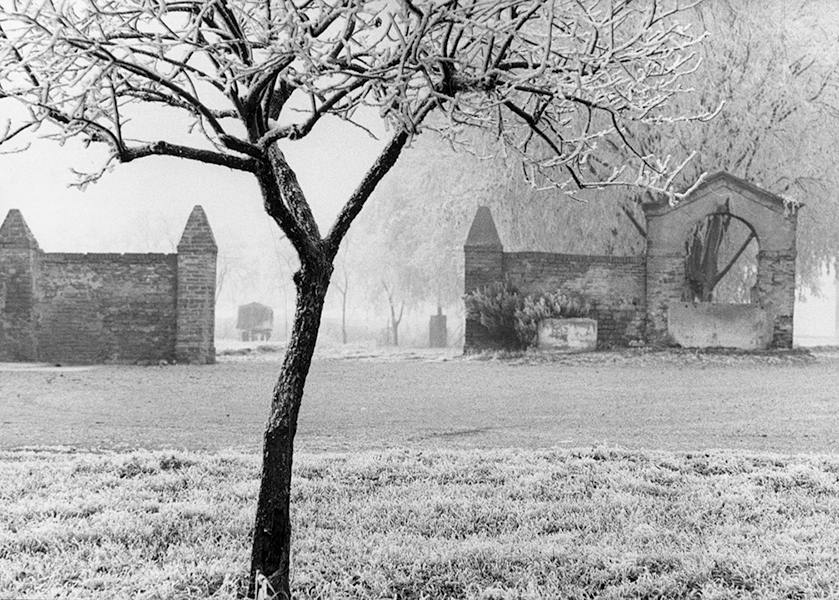 Inspired by the films of Bergman, Fellini, Antonioni, and Pasolini, Mario Lasalandra (Este, Italy, *1933) began his career as a photographer in the Fifties. Since then, he has never stopped narrating his fantasies populated by angels, actors, virgins, scarecrows, prophets, and phantoms — an eccentric pageantry, quite unique in 19th century photography. Margherita, 1967, the portrait of an old lady with a clownish face, recalls both Gelsomina and Cabiria, the main characters of two famous films by Fellini (La strada, 1954, and Cabiria, 1957). Giudizio, 1967, is a sequence of pictures conceived as a visual story, though it has no proper plot. Also Storia di un dramma, 1970, is conceived as a series: it tells the story of a family of actors no longer able to act — the same theme of Fellini’s Otto e mezzo. Amateur players are also the protagonists of Filodrammatici, 1968. They stand side by side in the forefront, at the end of their performance. They are motionless, so different from the restless parades of merrymakers recurring in Fellini’s Le notti di Cabiria and Otto e mezzo, or in Antonioni’s Blow up.

Let’s go back for a moment to the Giudizio series. Two Angels hold violins in their hands, while a white dove rests upon the shoulder of the shortest one. Three white doves also appear in Margherita, as well as in many other later works: Paradiso n. 1, 1991; Muro, 1995; Mario del bosco, 1994; Carnevale triste, 1996; Aldo, 1996; Elena, 2000. White animals recur in several other pictures: a white horse in Paradiso n. 3, 1992, and in Cavallo bianco, 1997; a white goat in Capra bianca, 1996; a white dog in Cane bianco, 2000; two white cats in Giardino di Carmelo, 2000; and finally, several white sheep in Presepio, 2002. White is also the dress of the Virgin, another main character of the Giudizio series; white is the young girl laying in the foreground in Surreale, 1970; and white is the dress of the girl who runs away at the end of Storia di un dramma. Either way, humans or animals, they are symbols of hope.